REIC - Vietnam’ retail sector, with a breath of fresh air from foreign retail distributors, has initially proved its change to better. 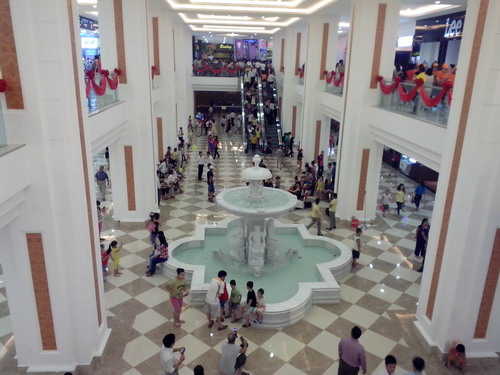 The total retail sales of goods and services in 2011 reached over 2 trillion VND (90 billion USD), a year-on-year increase of 24.2 percent despite the economic difficult condition.

At present, there are 650 supermarkets in 59 of the 63 provinces and cities across the country and 117 shopping centres in 32 provinces and cities. The number of newly established supermarkets and shopping centres after five years of joining the World Trade Organisations (WTO) from 2007 has increased by an average of 20 percent and 72 percent compared to the 2002-2006 period, respectively.

In addition, thousands of speciality shops and convenience stores have joined the chain nationwide.
The country’s retail industry has improved its position in the national economy with a contribution of over 14 percent of GDP and employment. Of this, the retail sector has contributed over 80 percent with many big names leading the national retailers such as Intimex, Saigon Coop.Mart, Fivi Mart and many other foreign retailers such as Big C and Lotte.

Although Vietnamese retail sales have seen rapid growth, the path to Vietnam’s retail industry is still long ahead and the sector has not yet entered a fierce period.

The Association of Vietnam Retailers currently focuses on building a modern and effective retail industry to contribute to the country’s economy as well as consumer benefit.