REIC – A latest report released today by Jones Lang LaSalle reveals that full-year figure reflects upturn in economic conditions: Real GDP growth is estimated at 6.0% y-o-y in 4Q13, bringing the 2013 annual average to 5.4%, up from 5.0% in 2012. 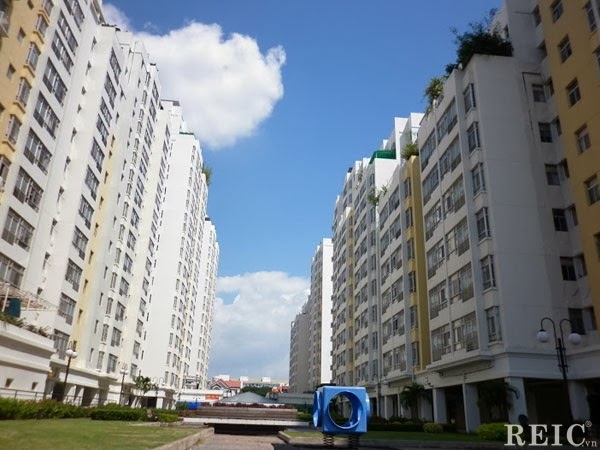 Data confirms that the ietnamese economy is now on a moderate uptrend following two very difficult years. Evidence of an uptrend is, not surprisingly, evident in high frequency indicators such as industrial production and trade.

Industrial production was up 7.0% y-o-y in December, the highest rate since July, bringing the 2013 expansion to 5.9%. The utilities and manufacturing and processing sectors were among the fastest growing sectors within the Industrial Production Index.

The Vietnam Property Market Brief 4Q13 said that, the real estate sector ranked third after the manufacturing and electricity sectors, with total newly registered and additional capital of USD 951 million.

This indicates that Vietnam is a choice for foreign investors despite the current economic challenges. FDI inflows contribute significantly to promoting the economy, especially in the context of a difficult budget year.

Stephen Wyatt, Managing Director of Jones Lang LaSalle Vietnam, commented: “In summary, there is more positive than negative news and the economy is in a much better position. However, challenges remain. The banking sector will need to restructure and lower the level of non-performing loans and start to increase lending. Economic conditions will need to remain stable and show steady improvement, with lower inflation, interest rates and a stable VND/USD exchange rate. Legislation will need to continue to loosen, attracting further interest from foreign investors. The formation of Trans Pacific Partnership (TPP) and ASEAN Free Trade Area (AFTA) will further boost Vietnam’s property market revival going forward.”